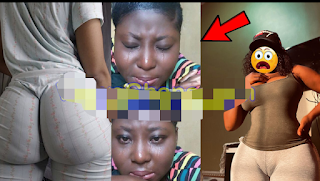 A 26-year-old woman is concerned about her boyfriend, who is going to marry her.

Her lover, according to the woman, has never done more than one round and 3jacvlates in less than 3 minutes. He also has a very soft p*n!s, she added, even when er3cted.

She claims that as a result of her lack of or g.@sm, she has begun b@t!ng.

She expressed herself as follows: