6 Actresses Who Loves to Rock Native Outfits And Beads (Photos)

Fashion sense in Native makes one represent his or her Origin. The talented beauty queen rose to fame courtesy of the film Odemili some years back.Aside from her cute killer figure,she
is graced with great acting skills hence earning a huge fan base.

Sheis always on her best when acting a traditional film and looks glamorous in traditional garmets. This pretty 21 year old damsel is known for being able to adopt to any role given on set.She is ranked among the top
actresses in Nollywood when it comes traditional films.

She occasionally acts as a goddess or princess in such films and is always admirable in the native garmets. She is a beautiful actress who has featured in over 100 Nollywood film.

Thedamsel is good in almost all roles she
gets and always slays in traditional wears.

Someof the traditional films she has featured in include Jane is a fast rising actress taking over the industry courtesy of her prowress in acting.She in real life has a great fashion
game and native outfits fit her perfectly when in such set. The gorgeous damsel rose beauty saw her start of as a model working for several companies.

Shelater ventured into acting and has featured in tens of movies with.When it comes to village movies,she always delivers and looks great in the outfits. 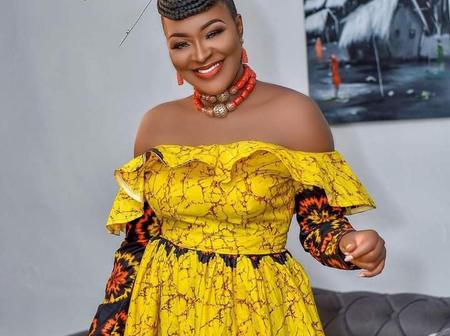 She is among the most sort after actresses courtesy of her great acting skills and ability to fit in any role given.

The few traditionals films she has featured in have been a show of how gorgeous she can be in the native outfits.

Who is your favorite among these beauty queens? Kindly drop in your comments as you like share and follow this channel for more exclusive articles.Remember to get vaccinated as you follow the health guidelines in bid to win over this pandemic