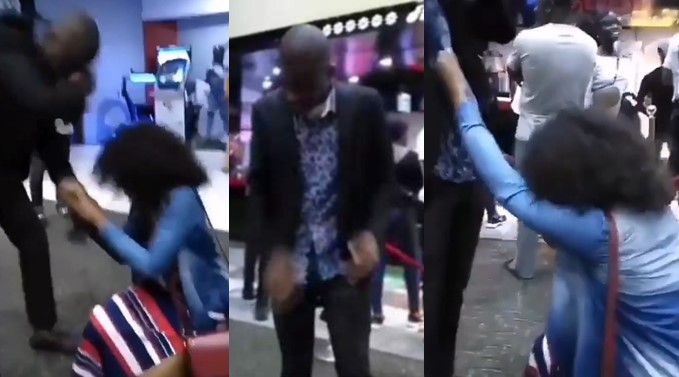 A dramatic scene played out at a mall when a lady proposed marriage to her boyfriend but he turned her down.

In a video which surfaced online, the woman went on her knee to propose in public and the young man was taken aback as he felt greatly embarrassed.

He politely asked his girlfriend to get up amidst pleas from her and onlookers who were telling him to say yes.

When all persuasions failed, and the man refused to accept her proposal, the lady handed him a dirty slap for the rejection considering the fact their relationship had no direction after six years of dating.