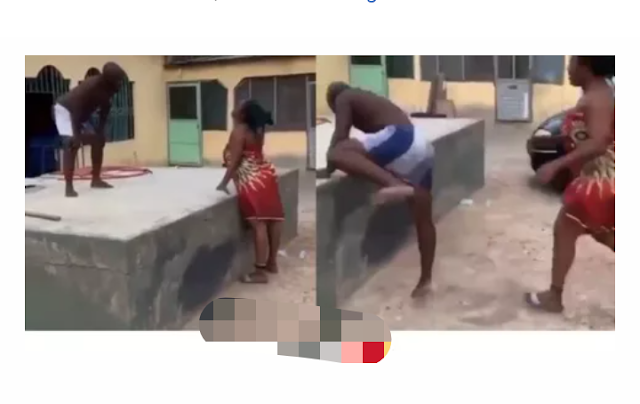 Marrying someone who is never interested in getting under the bedsheet can be tedious and irritating at times. It’s no surprise that some women cheat on men who are weak in bed.

But sometimes partners need to understand that it’s a mood; if your spouse isn’t in the mood, you don’t have to force it, or else it’s considered a “rape.”

In an online video, an irritated wife was seen chasing her husband into their room to continue what they were doing after the man gave up on the way.

The man was panting and saying he couldn’t do it anymore, so the wife should forgive him.

The wife insisted that she wanted more and that he should follow her into the room to finish what they started.